The black drum is one of the most sought-after fish to catch in Florida. It commonly hangs out near docks and bridges, so it can be found just about anywhere on the coast, or close to any type of river mouth. They also often hang out i piers at night time and are attracted to light.

Black drum can be found in the Gulf of Mexico and the Atlantic Ocean. They are mainly spotted in Florida, but they also live along the coast from New Jersey to Texas. Black drums prefer shallow water, but have been known to go deeper than 100 feet occasionally. Some people say that they stay relatively close to land when feeding or spawning, but others don’t agree. 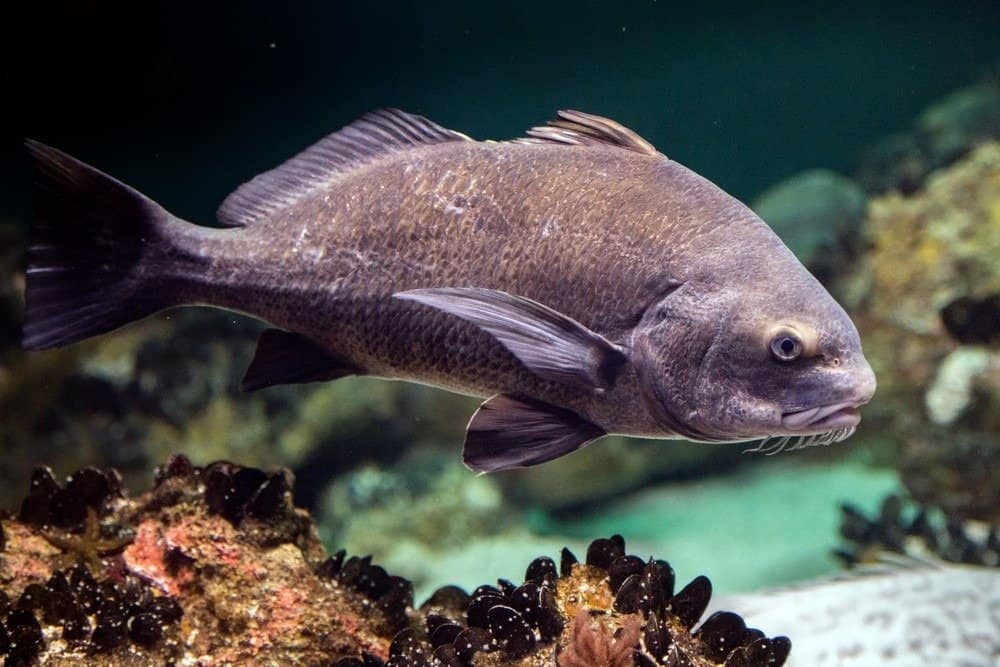 A black drum measures between 28 to 44 inches long and weighs 8 to 24 pounds. They live for 15 years or longer, they grow quickly and reach maturity at the age of 4 or 5.

Black drums are voracious feeders, eating crustaceans, mollusks, shrimp and fish by day and night. They seem to prefer the open water, but they do stay close to shallow shores at night for eating and mating purposes. They are considered a game fish in some states, but they can be consumed in all US states.

Here are some black drum fishing tips you should know:

Black drum have been known to travel up and down coastlines in search of food, but you can find some that stick close to a spot for long periods of time if you look hard enough. Try looking near piers at night time when they are feeding or spawning. Or you can look for deep holes. The fish also like to sun themselves on the rocks when they’re not feeding and spawning, according to some reports, so you may catch them in a shallow place or near a wall at noon time if that’s what your looking for.

When to catch black drum.

Black drums are most active at night, but sometimes feed during the day. The best time to fish for black drum is generally between dusk and dawn. But they’ve also been seen feeding on the surface in daylight hours when there’s a storm or high seas. 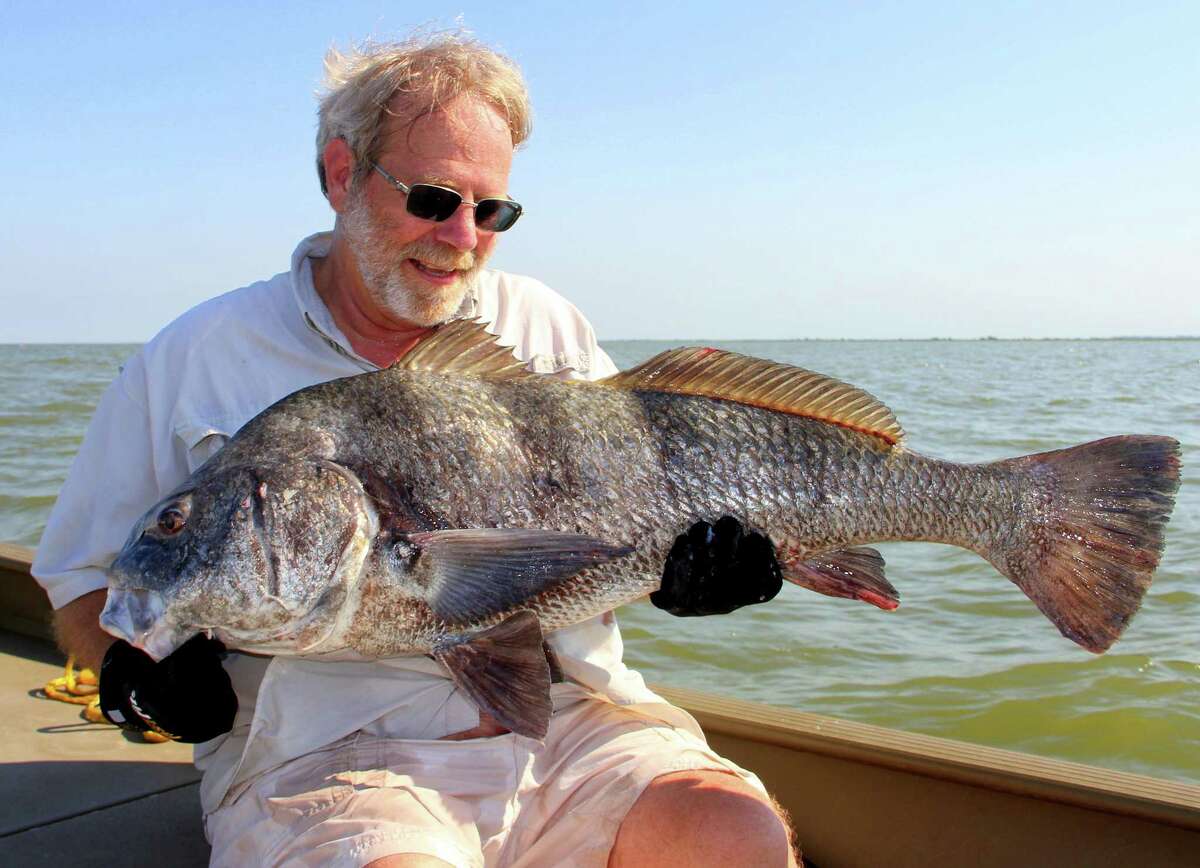 How to catch black drum.

The size of hook you use depends on what type of bait you’re using to attract the fish. If you are using shrimp, then a small hook is usually best. For smaller baits like mullet, a size 4 or 6 may work better. Bigger baits like crabs will require bigger hooks.

The best places to fish for black drum are in deep holes, sandbars or near the beach. The fish tend to stay close to structure and will often hang out around piers.

Baits and lures for black drums.

Black drums love shrimp, so a top choice for bait is shrimp or cut bait (any kind of fish you find yourself). You can also catch them on artificial lures.

Rods: anything that can cast 25 feet will do fine.

Reels: any reel can handle a black drum with ease, so just get one that you like the feel of.

Bottom-dwelling creatures like shrimp are a black drum favorite, and they can be bought or fished for yourself. Cut bait is another popular choice. Shrimp and cut bait should both be fished on a small hook unless you have something heavy to use as sinker (like crabs). 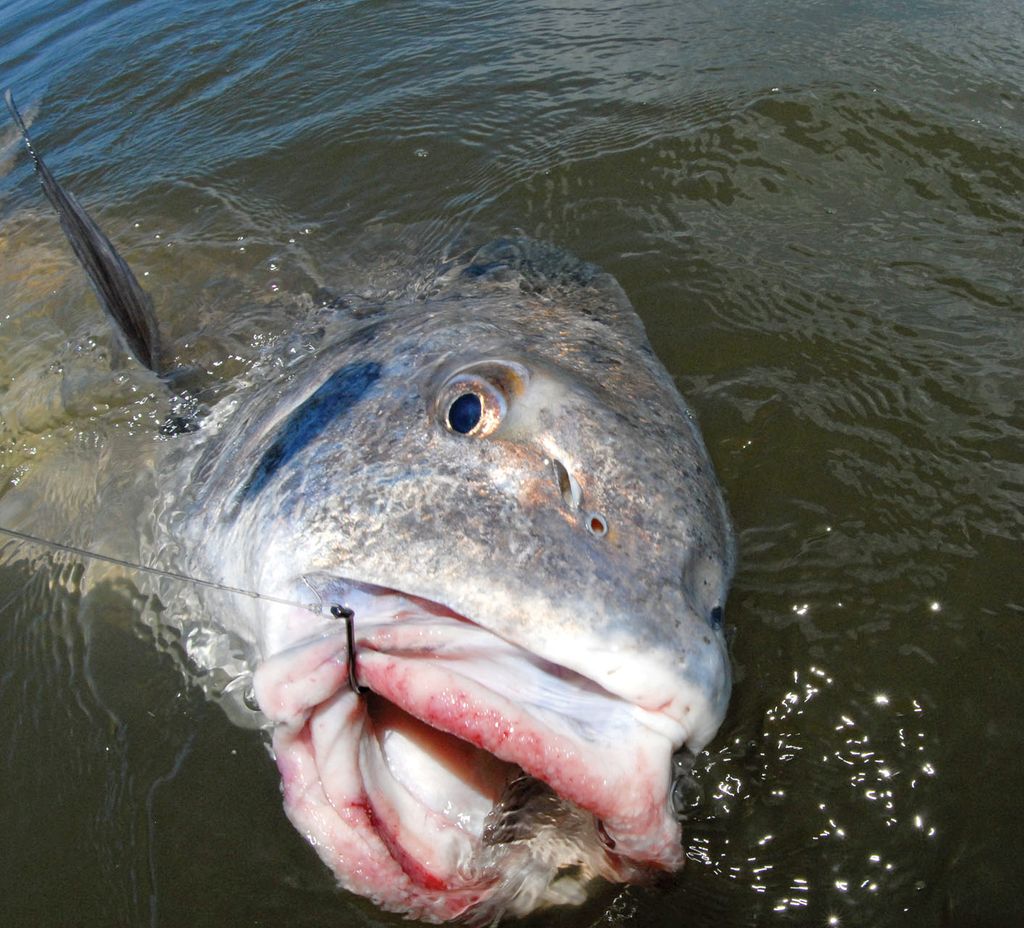 You can fish for black drum in the surf zone no matter what time of year. Black drum will hang out just off shallow reefs and ledges in the fall, so jump in with some cut bait or shrimp and try dropping your line over a ledge. You’ll soon be hooked up! If you don’t get bit right away, move out to deeper water before you give up.

Best time of the year to fish for black drum

The best months to catch a black drum are March, April, May and September – October. It may be hard to catch one in winter (November – February), but it can be done if you’re persistent enough.

How to Catch from the Shore

You can catch black drum from the shore, if you know which spots to look at. Try fishing in deeper holes or in creeks that lead into deep holes. Look for places where current is changing direction – this indicates a change of depth and likely an underwater structure like a sandbar or rock. You can also try fishing around piers because black drums often hang out there. Just use a heavy enough sinker to keep your bait where the fish can find it, and return often because black drum are known to move around.

Black drum are regulated by the Florida Fish and Wildlife Conservation Commission. The minimum size allowed is 16 inches total length with a 10 inch minimum gut-caught length. 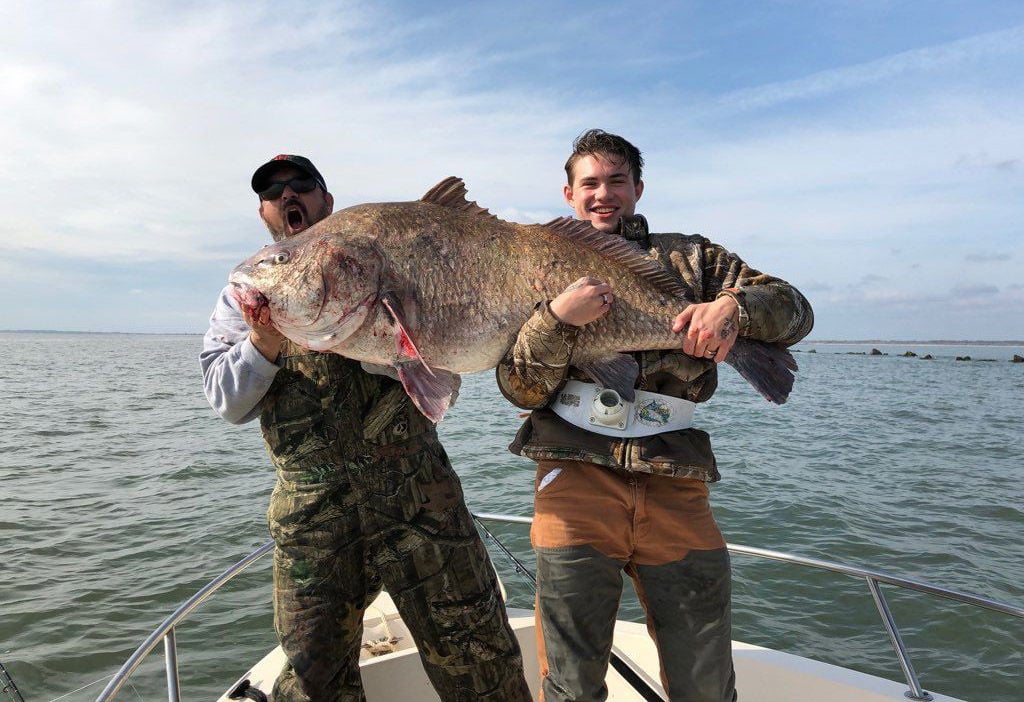 A black drum tag must be attached to fish in possession that meet legal requirements (this includes fish caught during tournaments). A person under age 18 may not possess a black drum greater than 35 inches in total length.

Black drum caught during tournaments may be released immediately (within 24 hours or when back at the weigh-in site)  or kept only if they are tagged with a tournament tag and all other legal requirements are met.

If you’re looking for a challenge, black drum is the fish for you. These fish are big and have quite an appetite, but they’re also very difficult to catch because of their clever swimming tactics and ability to see underwater vibrations. They’ll often follow your line several feet if they think it’s food. And they will feed at almost any hour of the day, so you have to stand your ground if you want to catch one. Don’t give in – keep trying until you do!

Was this article helpful? If so please share it with friends that like fishing. Tell us what more we can add or do differently.